Thanks for all the messages and good wishes folks. Regarding my arrest on thursday, there was a young man supporting a home owner today in Trim court, not a peep out of him. A number of Gardaí pounced on him in court on the suspicion that he might have been recording in court. Recording in court is not an offence and is completely legal. They dragged him to the cells under the supervision of Judge Reynolds, Albert Reynolds daughter. There was ructions in the court at the way the young man was manhandled and treated (turns out he wasn’t recording). Judge Reynolds ran out of the court just as the assault on the young man started. When the court reconvened we in the court were then made witness a scene i could only have imagined on a slave plantation. The young man was dragged from the cells before the court, stripped bare to the waist. The judge had decided, like a plantation owner of old, to punish the boy publicly to teach the public gathered in the court a lesson (the slave population). It was as though having stripped him to the waste they were going to flog him. The boy’s face was black and blue but he had been dragged from the court clear faced only one hour beforehand. He refused to purge contempt and was again dragged to the cells. I did what I thought was right and just and I respectfully tried to address Reynolds on what had happened but she quickly warned me if I spoke again I would be brought down to the cells also. I’ve been brought up to believe in justice and that one should never remain silent in the face of injustice and brutishness. I spoke again. I was arrested and dragged to the cells also. I had a great sing song with a 65 year homeless guy in the cell with me for four hours. I was brought before Judge Reynolds again after she preached to the public not to say a word when i am brought up. She asked me to purge my contempt and to say i was remorseful and sorry to the court. I told her that to get home i’d say the words I purge my contempt but that I would not say I was remorseful or sorry. I officially stated “i purge my contempt” and i walked free. Never stay silent when the person beside you is being abused, never stay silent in the company of injustice. Next it could be you…..

The young man remains in jail for a second night. 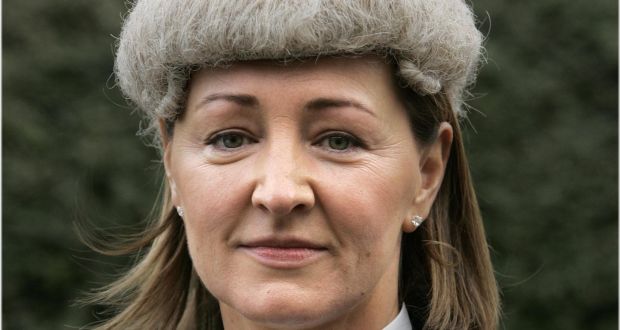 So what is the District Court

Nuair atá mé imithe (When I am Gone)